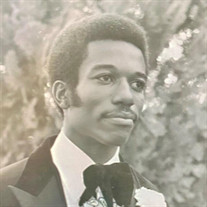 Mr. Cecil Dennis Mulkey was born February 9, 1955, the seventh of seven children born to the late James Mulkey and the late Johnnie Pinkney Mulkey. He departed this life on Friday, September 25, 2020 at his home in Homestead, Florida. In 2019... View Obituary & Service Information

The family of Mr. Cecil Dennis Mulkey created this Life Tributes page to make it easy to share your memories.

Send flowers to the Mulkey family.